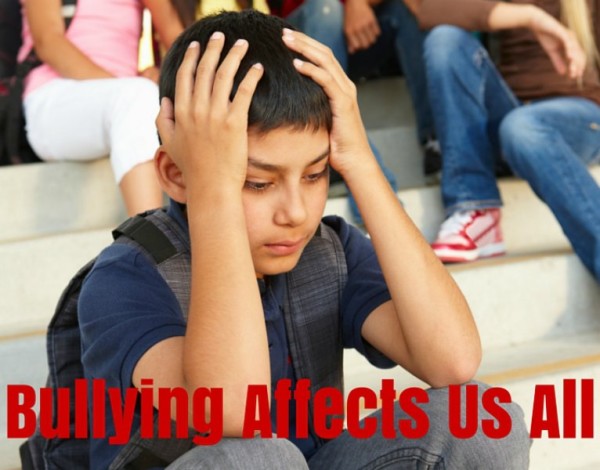 I thought our son was relatively safe from the whole bullying experience, and I was surprised that when my friend asked him how he liked middle school, he replied, without hesitation, “There aren’t any bullies.” I hadn’t realized that bullying was such a prioritized concern for him. I admit that I was worried about bullying when we enrolled him in elementary school {he was tall for his age, socially awkward, and packed full of autistic behaviors — all resulting in his being bullied a few times at some playgrounds}, but the structured environment at school and their particular awareness of special needs seemed to play in his favor.

Despite our lucky break with our son, bullying is still a struggle for many families and it hurts. I remember several instances from my own childhood where I was bullied. An older girl cut my hair on the bus after a teenager dared her. Another year, a boy in fourth grade used to shove me around at recess and on the way to class. Then, when I was in fifth grade, a sixth grader launched an outright campaign, following me around with insults, pulling on my scarf until I choked, and generally making my life miserable. I remember the fear and the helplessness I felt, and it breaks my heart that my kid, who hasn’t been bullied in school to any large degree, is still very concerned about it. I think this speaks to how much bullying affects our kiddos even if they aren’t being targeted.

Back in my day, I remember some people still clinging to the idea that dealing with bullies made you tougher. It helped you learn how to face conflict. I call bologna on that philosophy. Yes, I stood up to some of the kids that bullied me, but when things got more serious, I needed help. I needed adults to help, and my friends and I could have used some coaching on how to stand together when someone tried to bully any of us. Fortunately, I had an awesome mom that was willing to dig into the situation and help me. When the girl on the bus cut my hair, she contacted the other mom. The girl was grounded and ended up offering me an apology and money for a haircut. I am so glad she was there to help, and that I got to see both moms set a great example for us on how to handle a big mistake and seek a peaceful resolution. I also got to see that adults were looking out for all of us. Both moms agreed not to pursue the teenager who dared her, because they knew of a possible abusive family situation. I was not aware and would have felt terrible if I had caused more trouble than it was worth. {Yes, Mom, you know best!} She helped me through several situations, always showing that it was best to approach things constructively rather than flying off the handle at anyone. She also helped me see that we should try our best to address it, but if it approached the level of feeling dangerous {as with the girl that had some kind of vendetta against me}, she was willing to do whatever it took, including putting me in a new school.

As parents today, I think one good thing that came out of all our bullied pasts is the awareness we have. In fact, there are some great resources out there to help with bullying now. One website that truly impressed me was www.stopbullying.gov. It addresses the definition of bullying {to help identify what is going on}, and the explanation of the roles that kids play and the importance of not labeling kids as “bullies” or “victims” {to avoid making kids think they can’t change their circumstances}. This site also offers support for kids who witness bullying {bystanders} and for working with the kids who did the bullying. Looking back on my childhood, I wish I had received coaching like this with encouragement that adults were aware and that they were there to help.

I also found a site that specifically addresses bullying centered around special needs. Pacer’s page about bullying prevention provides some good, educational material on bullying and how it relates to special needs situations.

Locally, most of our school districts and individual schools have great resources, such as Littleton Public Schools. Unfortunately, not all schools have the resources listed on their websites. If you cannot find information on your school’s site, you can call your school and ask for someone in the psychology or behavioral department {I tested this with one school district and was directed to the right people}. Nearly all schools should have a counselor and a psychologist on staff to work with parents, teachers, and students.

Have you and your family struggled with bullying? What kinds of resources did you find helpful in addressing the situation?

Grief Has No End Date

Winning Ugly and Other Notes from a Recovering Perfectionist 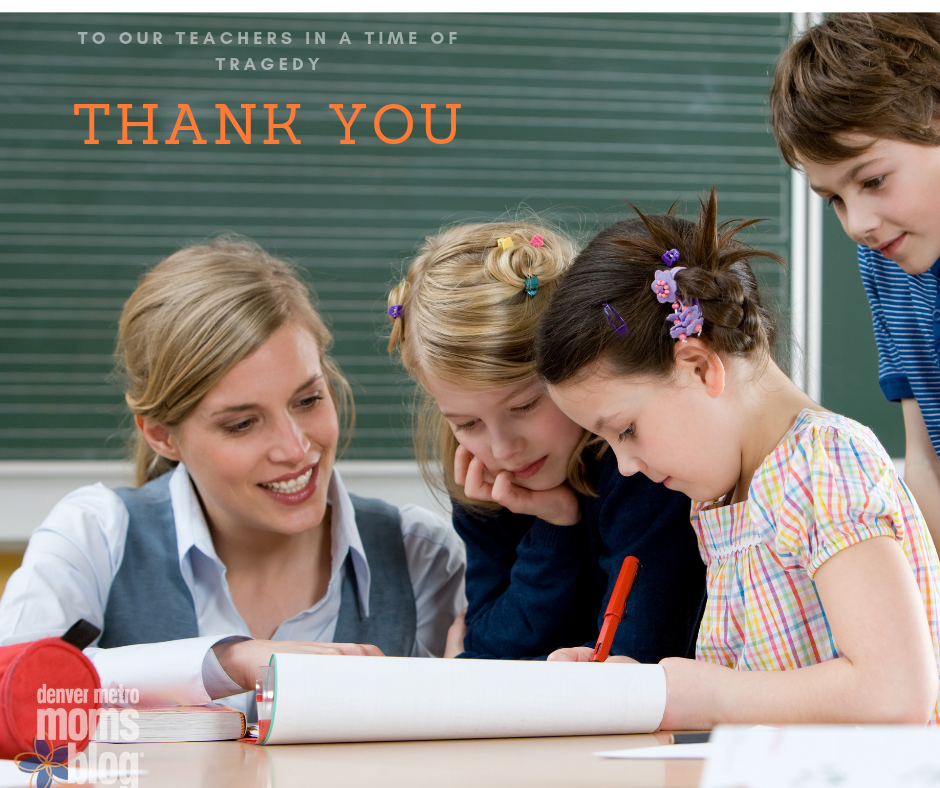 A Thank You Note to Teachers in a Time of Tragedy