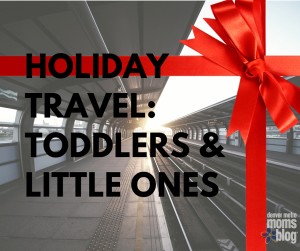 We recently got back from a great trip to San Francisco where we got to spend a lot of good, quality time with family and see some sites! The logistics of traveling with 2-year-old twins was a little overwhelming for me, but after it was all said and done, the boys did great and we didn’t annoy any of our fellow travelers… too much. So, in the spirit of upcoming holiday travel, I thought I’d share a few things we did that totally eased the trip:

Consider renting/borrowing things at your destination

The first time we traveled with the boys, we took their stroller, car seats, travel high chairs, toys… It was great to have all of our things, but it was a lot to travel with! This time, we rented or borrowed these items at our destination. I did a quick search for “san francisco car seat rental” and it brought up a company called “Baby’s Away.” This company doesn’t have locations everywhere, but they certainly have the major cities and destinations covered. We reserved two car seats to be delivered to my sister-in-law’s house the day before we arrived. She was able to load the car seats in her car and meet us at the airport. It made for a quick arrival and we were on our way! The rental fee was less than I had anticipated and it was totally worth not having to haul or set up our car seats!

For those of you thinking, “yeah, but I need to take my car seat on the plane,” consider a child airplane travel harness, like this one, which is FAA approved. They are small and easy to pack and work great for kiddos between 2 and 4 years.

The Sis-in-law was also able to borrow some pack-n-plays and booster seats from friends with kids.

We were lucky we were going somewhere that had toys and we didn’t have to take any, but think of ways you can borrow toys, too! Recently, when a friend of mine had her nephew in town (who is around the same age as my boys), I let her borrow a few of their toys. My boys didn’t miss them and, bonus, when we got them back, they played with them like they were brand new (I should do that more often). I’ve also recently lent out my pack-n-play to a complete stranger. She had a friend in town and was asking to borrow kid items from neighbors through a neighborhood facebook group. Ask the family or friends that you’ll be staying with (or spending most of your time with) if they have any friends or neighbors (facebook and Nextdoor.com are great resources) who might have a few toys or other kid items they can spare while you’re in town.

Note: Another benefit of visiting family is easy access to a washer/dryer. We packed as light as possible, with the idea that would probably do a load or two of laundry while we were there. It felt so much better to not feel weighed down by too much stuff. Almost like traveling when it was just the two of us!

Be the last on the plane!

It’s so nice that airlines allow families “who need extra time for boarding” go first, but, personally, I’d rather spend the least amount of time in that tiny row of seats, wrangling my kids, as possible! I suggest trying to check as much stuff as possible, so that you’re only taking the bare essentials on the plane. Try to get all of it in one carry on and wait until the line of people has cleared and then board. The longer you can keep them running free, the better.

Get some weird, little stuff for them to play with

My neighbor suggested this to me and it was awesome! Go to the dollar store or the clearance bins at Target and get the weird, little toys that you would probably never buy them under normal circumstances. You know, the cheap stuff that will probably break after playing with it four or five times. Here’s the key! Leave it in its packaging. Now, when you’re on the plane or on the road, and they’re finally bored of looking out of the window, fish around in your bag and pull out one of the toys you bought and hand it to them. Them figuring out how to get the thing out of the package will buy you an extra 5-10 minutes of interest. This may not sound like a lot, but any extra time is better than nothing! We got the boys some little cars, glow sticks, light up rings, coloring books, etc. All small stuff, all new, and totally interesting! For a little while…

This goes for snacks, too. Get some new, fun snack that they will love! Again, something you might never get them under normal circumstances. The goal is to make going on a trip feel like a treat, rather than 4+ hours of sitting in the same boring seat.

At some point, they will not want to sit anymore. That’s when you break out the big guns. The iPad. The tablet. The smart phone. Whatever you have that they want, but you don’t let them play with. Well, I don’t anyways. They watch a little TV and they have played on our iPad a little too, but I don’t let them play on it too often (mostly because they can be so rough with it and I don’t want them to break it) and because of that, it’s a total novelty! We had movies and little kid headphones ready for when they got bored with the toys and snacks. We also had some really simple kids apps loaded up and ready to go (free apps*, as I mentioned, we don’t let them play on it too often, so I didn’t want to waste a bunch of money). With twins, sharing the iPad can sometimes cause screaming, so I loaded some free kids apps on my Kindle too, so that they could each have their own screen. Here’s a list of the apps that held their attention the longest:

* And by “free,” I of course mean that the first handful of levels are free, but they want you to buy the full version. My boys seemed fine with what they had available to them and could have continued counting the same ducks all day!

Lastly, get a drawing app. There are several to choose from and they enjoyed just making colors and shapes on the screen.

First, let’s talk about sleeping on the plane. Perhaps you are thinking about trying to schedule your flight during nap time. If you can find a time that works, than do it, but be prepared that they may not sleep at all and you may end up with an even crankier kiddo. If they do sleep, get ready to be very uncomfortable. They’re not infants anymore; they will have legs and arms sticking out every which way (watch that cart coming down the aisle!) and, if they’re like my boys, they’ll want to sleep on you rather than in their own seat, so they will be hot! I got a crick in my neck from holding one of my boys on the flight back and the pain lasted 5 days!

With car trips, consider driving while they’re sleeping. When we came back from Santa Fe (they were a year), we left at 4am so that they would sleep the whole way or most of the way back. We got everything packed and ready and then got them (and their pack n’ plays) last. It was a pretty smooth transition and we made it to Colorado Springs before any real “get me out of here” tears started! We felt a little sleep deprived the rest of the day, but, hey, we have toddlers, this is nothing new.

This is always a tough one and it seems like kids need a day or two to transition before they fall back into normal sleeping patterns, but my best advice is make the new environment match home as best you can. If your kiddo uses a stary-night turtle, bring it! If you have an Olaf nightlight, bring it! If they have a special pillow or blanket, DO NOT FORGET THE SPECIAL PILLOW OR BLANKET! If you use a sound machine, bring it! We brought the boy’s sound machine (which, by the way, should probably be ranked as one of the top 10 best inventions for kids. No! Of all time! How’s that Edison? Anyway, sorry, where was I…) and I know that it helped them to see the familiar blue light and hear the familiar white noise. If you don’t use a sound machine now, I would highly recommend getting one and getting your kiddo used to one of the sounds. Take this magical device with you and, voila! Sleeping child! Hahaha, who am I kidding, but it does help to drown out unfamiliar noises from the new environment that might wake them, as well as talking adults, who want to continue visiting long after your kid’s bedtime. Trust me, you will love it.

Share your favorite travel tips with us in the comments below! 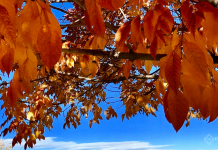 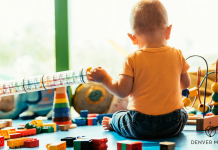 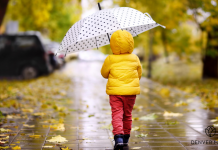