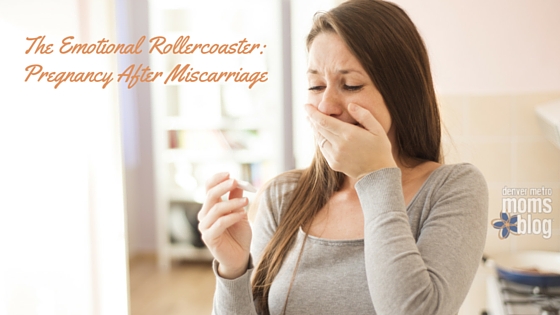 For us women, the child-bearing years are infused with every emotion imaginable – the pressure to start having kids when you’re not yet ready; or the deep desire to have a baby, a desire that goes painfully unmet, month after month; the feeling of surprise as you see the plus sign staring back at you – a combo of excitement and terror; or the feeling of utter disappointment as you wait for a plus sign that never appears; the agony that comes from attempting one treatment after another, only to be informed that it didn’t work, again; or the absolute elation when you discover that it did take and you’re pregnant, finally, replaced immediately by the fear as you wonder if it will stick; the utter joy upon receiving the news that you’ve finally been matched with a child and suddenly, you’re a Mom with a visual of your family. I could go on, because the truth is, our experiences as women in the transition to motherhood are all so unique and the emotions that accompany them run the gamut. Each of our journeys are different, hard, and beautiful in their own ways.

While I can speak to some of the above experiences, I want share about one that isn’t often discussed – the journey of pregnancy after miscarriage. For me, miscarriage brought a deep ache and depression. I grieved, not as much for what was, but for what I thought would be – for the expectations, the hopes, the vision I instantly developed for my family upon witnessing that oh-so-wanted plus sign. We’d been trying for so long and then it was granted. And just when we’d wrapped our hearts around what was coming, it was ripped away.

Maybe your miscarriage(s) was along the path to your first child. For me, it was while trying for our third. We already had two amazing little boys. People might say {or sometimes just think, but I knew they were thinking it}, “but you already have two kids, you should be grateful.” And I was, I am, oh so grateful. And I was devastated and sad at the very same time. Because it’s quite possible to feel two conflicting emotions simultaneously and I believe that every child deserves their own heart-space. I needed the permission to delight in my boys while also grieving the loss of the child who came and just as quickly left.

While miscarriage left my heart raw and achy, it also revealed to me how much I really did want a third child, something I had previously felt uncertain about. So, for that I was grateful. But it made the grief feel bigger and the desire feel stronger. Yet, when we finally decided to start trying again, I found myself dreading the process. Following the miscarriage, we rode the emotional rollercoaster that is trying to no avail for nearly a year. I finally said to my husband, “I think this has to be the last month. I can’t do this anymore. We are getting older by the day {he’s 47 and I’m 41}. If it doesn’t happen this month, {which was December} I think we need to let go and accept the door has closed.” He agreed. And I think right then, something in me started to shift. I began to grieve, but in a way that allowed me to begin the process of letting go and moving forward. And I felt connected to my husband in both my grief and my letting go. The “trying” that month didn’t feel like trying, like a “have to,” but more like a connecting “want to.” And that felt good, though still sad.

About two weeks later, I knew something felt different in my body. ‘Terrified’ would sum up the emotion that gripped me as I peed on the stick and waited. I had to do a triple take when I saw the word ‘Pregnant’ staring back at me. I couldn’t believe it, and yet I could. As I felt my heart skyrocket to the mountain top of elation, it just as quickly was yanked back down by the weight of fear. I was so very happy and yet I was so very scared. I couldn’t imagine going through the sadness and depression of another loss.

From the start of this pregnancy, I’ve learned to walk the line between excitement and fear. When I first told people, {which was fairly early because I figured I would want those people in my corner if I were to lose this baby, too}, they were naturally overjoyed for me. I think they probably seemed more excited than I did, because my excitement was muted by the fear. Subconsciously, I tried to prepare myself for another loss. Every little twinge of pain or feeling of cramping sent me into a panic. I actually started spotting the very evening after the positive pregnancy test and I thought for sure it was miscarrying again. But I wasn’t, I didn’t, I haven’t. And I knew that I couldn’t continue to walk in fear, so I worked hard at leaning into the fear, acknowledging it, and at the same time, choosing to believe that this one was going to result in a baby. I had to believe that because the reality is, I would have been devastated regardless if I had miscarried again, so guarding myself against a possible loss was really not helping me at all. I had to trust. I had to believe. It wasn’t easy and the chance of loss was real, but I just couldn’t go forward any other way.

As I write this, I am 23 weeks pregnant, and we’ve had both the genetic testing and the 20 week ultra sound and everything looks good. I’ve had bronchitis, shingles, the flu, and some other feverish bug, and each time I started falling into an emotional tailspin. I had to acknowledge the fear and keep choosing to believe that this will be one resilient baby girl. But this baby does not replace the one I lost – I delight in this little girl, just as I still feel a sadness about the baby I lost. I realize this is my journey and I ache for those still grieving a loss{es}. But if you are in the midst of a pregnancy that comes after a miscarriage, I say to you, hang in there, Mama. Keep believing. Keep choosing to walk forward with a baby in mind. Allow yourself to feel all of it and surround yourself with people who will love you, no matter what comes your way.