We have all heard the phrase, “Opposites attract.” Many of us end up in long-term relationships with people who are different from us. We see the value in their views, and can appreciate the strengths they have that we do not possess. However, raising children who are our opposites presents a set of unique challenges.

How do you parent a child you do not understand? 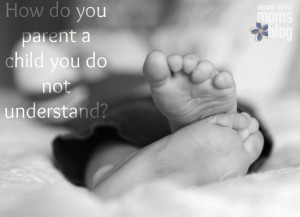 Children come into the world with their own personalities, they are complex little creatures. Unlocking who they really are and parenting them, while recognizing their unique personality is incredibly important. Sometimes differences between parents and children create that perfect little mix of yin and yang. But when your child’s personality is dramatically different from yours it can also be frustrating and scary. As you navigate communication, discipline, and cultivating a positive relationship with your child, you may be left feeling exasperated, because parents are supposed to understand their children best – right?

I parent a child who is very different from me. He is an amazing kid. He is kind, empathetic, smart, and makes me laugh every day. We have many days where I feel like he’s my best bud. We both enjoy playing sports, reading, and doing art projects together. I thank God for him each and every day.

As we entered toddlerhood I noticed my parenting practices were failing (not always, but often enough for me to notice). Parents often take their experiences, likes, dislikes, fears, challenges and try to emulate those experiences with their children if they were positive, or try to avoid them if they were negative. For example, if we were bullied, we are acutely aware of doing everything in our power to shield our child from that experience.

I grew up an outgoing, vivacious, go-getter of a kid. I loved new experiences, people, situations. I was always up for an outing, joining a team, or having an adventure. My son’s inherent nature is far more introverted. He is observant, witty, and wise beyond his years. He doesn’t get the same thrill from meeting lots of people or joining every class. Most of the time he does not like attention, and often prefers to play with one other person instead of a big group. At first I fought our differences- I enrolled him in music class, gym class, and soccer. I pushed him to enjoy these things because I had, and felt that if other children did these activities, so he should too.

Am I the only Mom guilty of this?

I made excuses for his behaviors because I thought they were wrong. I labeled him as “shy” when he wouldn’t answer people’s questions or said he was having a bad day when he removed himself from situations. Now there’s a recipe for raising a miserable child!

After many fumbles along the way, my son and I were both feeling lost and on some days, unhappy. Following a difficult experience at a play date (those rarely went well in the early years) I decided to stop what I was doing and make a change. I started trying to figure him out. Instead of putting him in my box, I built him his own. I researched his personality and learned he is part of the 15-20% of the population that is highly sensitive; an innate trait that reflects a certain type of survival, being observant before acting. Learning about my son’s personality helped me understand why he acted out at soccer or refused to dance at music class. Instead of trying to change him, I changed my expectations.

Once I unlocked his true personality everything changed. It used to drive me crazy when he struggled with getting dressed in the morning, and daily we fought over every article of clothing. Now I understand that he is sensitive to the way clothes feel on his body. We went through his dresser and he told me what works and what doesn’t. We kept the clothes he said he would wear and donated the rest. Some days are still hard (he’s only three after all), but at least I know where he is coming from and instead of thinking, “they’re just clothes, put them on!” I think, “What part of this outfit is uncomfortable, tight, or itchy?” 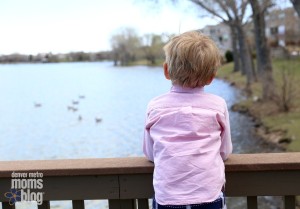 I still find it hard to parent him in public. Sometimes people don’t understand his large reactions to what seems to be a small experience, or they label him shy when he observes rather than participates. I understand because I too was once guilty of labeling him. Sometimes I want to shout from the rooftops and tell the world, “He’s an amazing kid! I want you to know just how wonderful he is!” But the truth is, he doesn’t care if the world knows how great he is. That’s on me. How often do we burden our children with our own insecurities? If I plan on raising a successful, self-aware, and empathetic child I must give him the space to be the person he was meant to be. Shoving him into a box not made for him will never work. The more I work to understand who he is and what makes him tick, the more our opposites will attract.

How do you successfully parent a child who is the opposite of you? We would love for you to share your tips and advice with our readers!