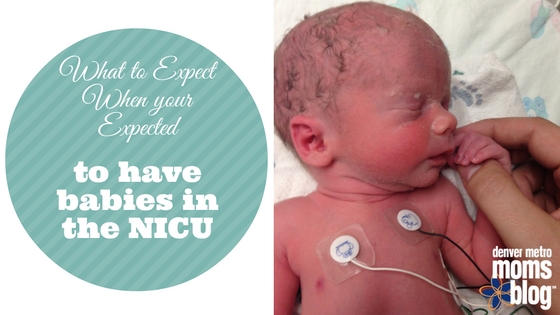 We were having twins and were told in a Multiples Class that twins and triplets tend to come early (the average length of a twin pregnancy is 36 weeks) and to expect to spend some time in the NICU. We were offered a tour of the NICU facility and while it was very nice of them to provide these tours, I never wanted or expected to spend any time there. My pregnancy had been going well and I was confident we would make it to full term with maybe some bed rest towards the end.

What I wasn’t expecting was preeclampsia.

At 33 weeks, my blood pressure had elevated slightly. Later in the day my doctor called me to let me know that they wanted me to go into the hospital to spend an hour on the double monitor. We had dinner plans with some friends so I asked if we come in after that. “Sure. No problem,” they said. Great! When we finally got there, I walked in, urinated in a cup and they told me that I had preecplamsia and I was staying, as they handed me a hospital gown… “Wait, what?” I thought I was just coming in for an hour!?

I was on bed rest in the hospital for another week, but they finally decided that my preeclampsia symptoms were severe enough that it was time and the boys were on their way. They were going to be here 6 1/2 weeks early and they were going to have to spend some time in the NICU.

Here are some things we may have learned had we had taken the NICU tour (but we didn’t– we found out the hard way): 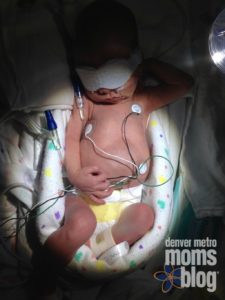 Expect to cry. A lot.

I cried when I found out that my boys were going to come early. I cried when they gave me a shot of steroids to help with their lung development. I cried thinking about all of the ways that they could be negatively affected by being premature. I cried when I wasn’t allowed to see them their first 24 hours of life, because I had to be hooked up to magnesium sulfate and they had to stay in the NICU in their isolettes… I cried regularly.

Expect to have a panic attack/asthma attack.

After the boys were taken out (c-section) and I was given a chance to see them for a few seconds, they were whisked off to the NICU, along with my husband. I was suddenly all by myself. Very by myself. I preferred that my husband was with our boys, since I couldn’t be, but it still really threw me and I suddenly had a very hard time breathing. In the recovery area, they had to bring me a nebulizer and I watched as others came in with their brand new babies. This was a tough moment. I cried some more.

Expect that you’re going to get a lot of information and it’s going to be overwhelming, but trust in your team.

We had amazing doctors and nurses on our team. They were very confident and knowledgeable. They will share a lot of information about what to expect over the next few days/weeks, things they will be looking for, progress they want to see, etc. Therefore…

Expect that you’re going to have a LOT of questions and don’t feel guilty when you’ve kept your doctor in the room for an hour when he probably has a lot of other things to do.

Luckily he never seemed too put out by my questions.

Expect kangaroo time to be the most important time of your day.

The nurses had the boys on a very strict schedule. Every 3 hours, we changed and weighed diapers (checking input and output), took temperatures, and fed them. While feeding through their stomach tubes, my husband and I would place their naked bodies against our bare chests and we would have “kangaroo time” (skin to skin). This was my favorite part of the day. I would take solace in knowing that this act was helping them get that really good, deep sleep they needed to finish development, grow, and absorb the milk they were getting. It was also healing me, too. It gave me a sense of calm that was very much needed in the stressfulness of the NICU experience. We loved it so much, that we continued to do it well after we were finally able to bring them home.

Expect to hear a lot of beeping.

The boys were plugged in! They each had chest leads, IVs, a blood oxygen monitor, and a stomach tube. They were lucky in that they never needed oxygen, but most babies have a nose cannula, also. This is a lot to keep in order, especially during kangaroo time. The monitors were constantly going off because something connected to them had moved or fallen off. Or, as a nurse casually mentioned to me, that they might have a moment where they “forget to breath”… The nurses are very quick to respond to these beeps.

Expect that you’re going to walk in one morning and be startled to find an IV sticking out of one of your children’s heads.

Preemies are little and their veins are little, also. We were warned that they were not happy with one of the boys veins on the back of his hand and that they might need to find a new vein, and that that new vein may be in his head. A couple of days later we walked in to find an IV sticking out of his head, a la Boba Fett. At least we were warned.

Did I say to expect to cry?

When I was finally released from the hospital a week after they were born (they had some trouble finding the right combination of blood pressure medicines to get my blood pressure back to normal), I knew I had to go home without my boys. This was a very bitter sweet day. I was happy to get back into my normal life/bed/clothes, but leaving the boys behind was devastating. I knew they were in good hands, but it was still really hard. I took home things that smelled like the boys, so that I could still feel like they were close. 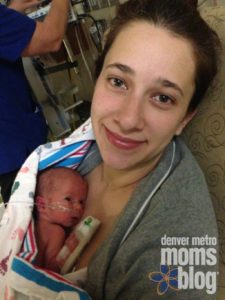 Expect to be at the NICU a lot.

Expect that your babies will be in the NICU until their due date.

The idea is that your babies will need to be in the NICU until they are “full term.” This may not be until their original due date. They said the boys were doing really well and were very healthy, but to still plan to potentially be there the full 6 weeks. They also told us to…

Expect that one of your babies may be ready to go home before the other.

One of the milestones that needed to be reached was that the boys could finish a full bottle of milk on their own. One of our boys was practiced and seemed ready, while the other was a little behind. They started warning us that this may mean one would be released early and I struggled to think of how we were going to navigate having one baby in the NICU and one at home. Luckily, the one ahead of schedule seemed to overhear that he might go home without his brother and slowed his progress just enough for his brother to catch up. Check out this post from my fellow contributor about what it’s like to have a kiddo at home and at the NICU.

Expect that the nursing staff will forever become an extension of your family.

I have such strong feelings for our NICU nurses – two in particular that we saw the most while we were there. They had just the right temperament, confidence, and support that we needed to get through the NICU experience. They celebrated our milestones with us, were good shoulders to cry on when we had set backs, and they had just the right stories of past patients to share when we needed to hear that everything was going to be okay. They were responsible for a huge portion of our hearts while we were away and I will forever be grateful to them.

When walking into the NICU, the first thing you are required to do is wash your hands. I still can’t smell hospital soap and not be immediately thrown back into intense memories of the NICU.

NICU mamas, what am I missing? Tell us in the comments below!