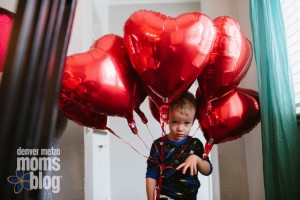 I mean, I used to like it when I was a kid, and even later into adulthood; I’d get some flowers and eat some heart-shaped chocolates (how could eating chocolate ever be a bad thing?), but Valentines Day 2012 was the most amazing, life changing day and ever since then, it has meant more to me than any other holiday. That day was the day I officially started my journey to become a mom.

Let me backtrack a little…

I’ve shared a little about our struggles to become parents, but let me recap. 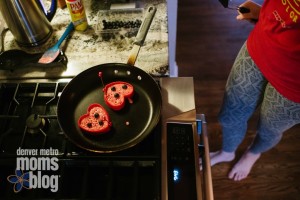 I remember the day that my husband and I decided to start trying to have a baby. We were sitting on the couch, trying to decide what to watch on the TiVo, when I asked him how he was feeling about that “big, next phase of life.” I had a wave of nerves and excitement wash over me when I told him that I felt like I was ready and he said he was too. I told him that it might be hard for us to get pregnant though. That with my (then unofficially diagnosed) endometriosis, it might take a little bit before it would happen. Six months. Maybe even a year. He said okay. 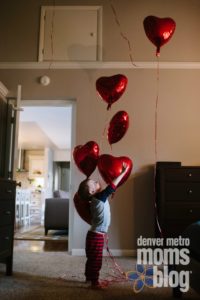 Three IUIs, 2 IVFs, countless shots, pills, and blood draws… tears… more tears… On my husband’s birthday in 2011, we sat in a room, waiting for our doctor to come in and retrieve the eggs that I (and the drugs) were so diligently growing and cultivating in my ovaries. He was reading Harry Potter and the Half Blood Prince to me, helping me focus on anything other than the extreme nerves I had running through my body. This was it. This was the last try. If this didn’t work, then we we would move on to the next phase. We would hang up the hope of having babies of our own. The retrieval needed to be successful.

The surgery that I would need to have before the transfer needed to go well. It did. Then we got our calendar for our embryo transfer.

It was a total coincidence, but it also seemed like it was meant to be. Would this be it? Would a day that is typically so filled with love be the day that I officially started my journey into motherhood? I hoped and hoped and a couple of weeks later, we learned that it had worked. We were having twins! We were finally on our journey. And 4 years (and 2 days) after that special Valentines Day, we transferred again and got our daughter. 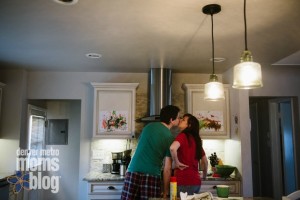 I often think back to that Valentines Day in 2012. I think about how different things were then versus now. How much simpler and quieter (both literately and figuratively) life was. This whole parenting thing is hard and it’s a lot more than I bargained for, but I would do it all again. I would take all the pain, heartache, and tears again to have these babies. To learn how strong I am and what amazing things my body, while damaged, is capable of. To discover what a truly amazing man I married and how supportive and loving our family and friends are. I learned so much over those 4 years and I’m the person, and the mother I am today because of all of it.

So, to all of my fellow fertilly challenged, I leave you with lines from one of my all time favorite movie, Say Anything. The lines that I would say to myself when I was overwhelmed, discouraged, and afraid it was never going to work; that our dreams of having a baby were never going to happen: 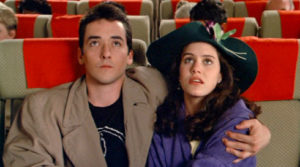 Diane: Nobody thinks it will work, do they?

Lloyd: No… You just described every great success story.

Denver Moms - June 1, 2021 1
Now that the monsoons of May are {fingers crossed} over, and we are able to move a little more freely around town, you might...