When two-year-old Izadore started throwing up on a Friday night in early February, his mom, Alistair, assumed he’d caught a stomach virus. Just a few weeks prior, Izadore, who goes by Izzy, had been sick with a stomach bug along with his older three siblings. “My first thought was ‘Oh, did we pick something else up?’” Alistair said.

On Saturday the blonde-haired boy seemed a bit tired but otherwise acted normal. By Sunday night, the little boy was vomiting again but this time, it was more violent than before.

“He was just retching but nothing was coming up,” Alistair remembered. At 1am Izzy threw up again—this time it was blood and blood clots mixed with bile. “I panicked,” she said. 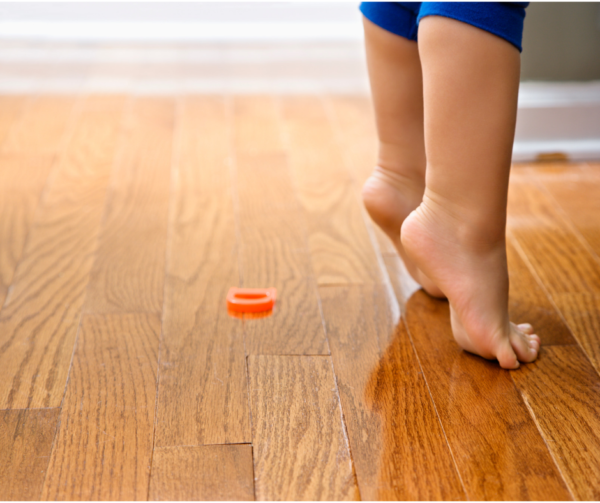 Alistair threw her shoes on, wrapped a blanket around Izadore and drove to Rocky Mountain Hospital for Children (RMHC), which is less than a mile from their house. The pediatrician they saw at RMHC wasn’t initially concerned but recommended they get a quick x-ray of Izzy’s abdomen.

“The doctor asked ‘does he have a snap on the back of his pants?’ Immediately my stomach hit the floor. He was wearing PJ’s; there weren’t any snaps. I knew he must’ve swallowed something,” Alistair said.

Alistair purchased the magnets on Amazon for a DIY succulent garden project where you glue the magnets to corks filled with tiny plants. Alistair had stuck the extra magnets on the fridge; she guessed two must’ve fallen down.

Based on the x-ray, they could tell Izzy had two of the magnets were stuck together. An enema failed to move the magnets so pediatric general surgeon Dr. Sarah Lai performed a four-hour surgery to remove them and repair the damage. She described that there was “one magnet in the upper intestine connected to another magnet in the lower intestine and, because they were so strong, trapped a loop of bowel in between, unexpectedly creating four holes.”

“I saw pictures, it looked like little bullet holes,” Alistair said. “By some miracle, he didn’t present with infection.”

Dr. Lai repaired one hole in the small bowel, performed a small bowel resection for two other holes, and a colon resection for the last one. She had to make sure there were no missed injuries caused by the magnets. One hole was so close to Izzy’s appendix that doctors had to remove the organ.

In total, Izzy spent five days in the hospital, and couldn’t eat or drink anything for four of those days.

The day after the surgery, Alistair went home to shower while her husband stayed at the hospital with Izzy. She scoured the house, moving the fridge and the stove out and looking for any other magnets that might have escaped and threw every single magnet away, including the succulent gardens.

For a few weeks after surgery, Izzy was doing great, running around and playing with his siblings like normal. Then three weeks after his surgery, during a late-February trip to Wisconsin, Izzy started screaming and clutching his abdomen. Alistair took him to a nearby emergency room, which transferred him to American Family Children’s Hospital in Madison.

An MRI revealed an intestinal blockage likely caused by scar tissue. They put him on belly rest, restricting food and liquids, and treated him with contrast liquid.

“It was touch and go for a few days (on if they’d need to do surgery again), said Alistair.

Thankfully Izzy pooped and an x-ray revealed the blockage cleared. In all, Izzy was in the hospital for four days. “It’s a complication that’s really common for people who have intestinal surgery,” Alistair said. “This could never happen again, or it could happen 10 more times. We really don’t know. Thankfully he seems totally fine now, and is running around with his cousins again and playing.” 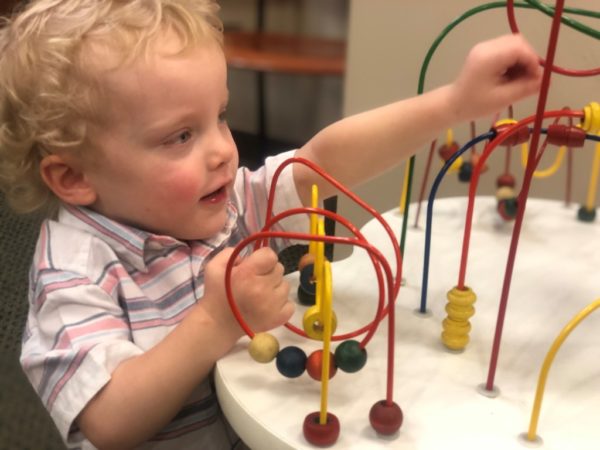 Understandably, Alistair has struggled with plenty of mom guilt.

“We have this fierce need to protect our children at all times,” she said. While she waited for Izzy to go in for surgery, she just kept thinking ‘Why didn’t I put them away, why wasn’t I paying attention?’” The logical part of her brain knows accidents happen. Dr. Lai has treated children who have swallowed coins, button batteries, a dog toy, safety pins and even a big piece of hot dog. And it’s not just young kids — older children and teens trying to make magnetic tongue rings have also swallowed magnets, Dr. Lai said.

Alistair is sharing Izzy’s story to hopefully prevent other families from going through the same traumatic situation.

“The really scary thing about this is the symptoms it presents — vomiting and a possible fever — are generally not something you would normally bring your child to the hospital for,” Alistair said. “By the time it becomes an infection with a fever, the damage has been done.”

She’s grateful that Izzy threw up blood, triggering her to rush him to the hospital.

Symptoms of Swallowing an Object

“Symptoms of a child swallowing an object can be really non-specific, and common things being common, there’s usually another reason for them,” said Dr. Lai. “Witnessing a child swallowing something is the only history you can count on, and maybe if there’s a sensation of something stuck in their throat.”

Common symptoms can include:

Dr. Lai shares the following advice to prevent objects from being swallowed, and on what to do if a child swallows an object?

We are so thankful that Izadore's family and our friends at Rocky Mountain Hospital for Children shared this important story and lesson in keeping children safe from and treating swallowed foreign objects.