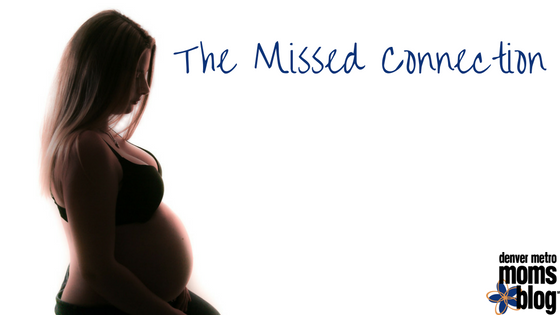 The first moments we dream about happening after giving birth: peaceful bliss, breathing in your new baby’s scent, and feeling a love that you never knew existed. These are the moments that we are promised.

You feel a pain that you never knew existed.

In all my preparation, through classes and books for bringing a baby into the world, not one mentioned that I may not be in love with my baby right away. My stomach would turn when people asked me, “Isn’t it so amazing? Aren’t you so in love that you feel your heart bursting outside of your body?”

It was clear that I was supposed to be feeling that way; so, I had to conclude that I was a terrible mother.

As soon as my daughter was born, I jumped into caretaker mode. I operated her like a machine. It was my job to make sure she was functional and well-maintained. As someone who takes responsibility extremely seriously, I threw myself into that work. That wasn’t a problem. The problem was that I couldn’t feel feelings for her beyond that operative relationship.

I couldn’t even call her by name. She didn’t feel human. Talking to her felt silly. The only connection I felt was one made out of fear. I was terrified of her. I felt like I knew nothing about her. While other mothers could recognize when their baby was hungry, tired, or gassy based on their cries, I had absolutely no intuition about such things. I constantly felt frantic. Even when there was a moment of relative peace, I clenched my jaw and forced smiles, and there were no warm feelings of love to help ease any of that stress.

Six weeks after she was born, I vividly recall sitting alone with her, breastfeeding and sobbing. I still didn’t feel like I loved her. Everyone else seemed to, and she deserved love, so she didn’t deserve me.

My perception of her opinion of me was no greater. She could be soothed by everyone except for me. All she wanted from me was my breasts. She never cuddled or slept up against me. If I tried to cuddle her, she would recoil back and cry. Breastfeeding was our only way to connect and that wasn’t exactly going well either.

In retrospect, it shouldn’t feel like a crushing disappointment to not have an instant, deeply loving relationship to a separate human, whom you have just met and are getting to know. For some, it does come easy; but, really, it’s like any other relationship – you have to get to know each other and you have to both give effort to it, in order for it to blossom. I felt like I was giving, but she was not giving back.

But then, she smiled at me.

A year and a half later, I will admit that she and I are still working on our relationship. I still feel as though she is much worse behaved with me than anyone else, which makes it hard to always like her. But, the love is there and, I believe, always was. It was deeply suppressed by new parent anxieties and true postpartum depression (which I am still battling); but, it had to have been there deep inside all along. Otherwise, I wouldn’t have felt such stress and franticness around taking care of her. I wouldn’t have worried so much about doing it perfectly right.

Since nobody warned me that the love for my baby may be hidden for awhile, I am putting it out there for others that not only can that easily be the situation; but, it’s okay if it is. Don’t be hard on yourself for not feeling loving towards someone who isn’t giving you anything back, even if they’re your own child.

Yet, while parenting will always be a “thankless job,” something as little as a smile from them will be enough of a gift to bring light back to that love.