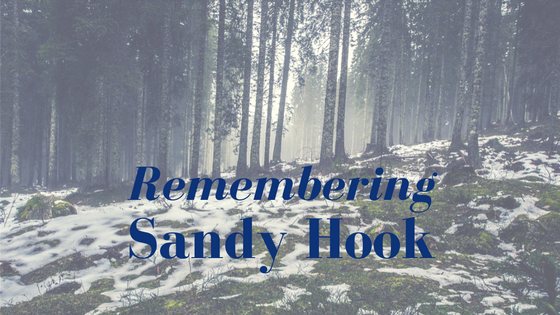 On December 14th, 2012, I went to my job as a kindergarten teacher in Englewood, Colorado. I had no reason to think that it would be anything but an ordinary day full of  learning, playing, and reading.

Unfortunately, the day ended up being anything but ordinary. There was still learning, playing, and reading, but there were also lots of tears. Around 10:00 am that morning, a fellow teacher asked me if I’d heard the news about a school shooting. I remember thinking, “not again.” Of course, being a Colorado resident, we are no strangers to school shootings. Columbine was the first mass shooting to occur on school grounds, and in 2014 another school shooting claimed the life of 17-year-old Claire Davis at Arapaho High School in Centennial.

I quickly looked up the news on my laptop and read all about Sandy Hook, an elementary school in a small town in Connecticut that will forever be ingrained in my memory. As a teacher, every school shooting causes hundreds of questions and ‘what if’ scenarios to flood my brain: What would I do to keep my students safe if I were ever in a similar situation? Am I familiar with our school’s lock down procedure? How secure is our school? But for some reason, Sandy Hook hit me harder than previous school shootings had. Perhaps it was because of the age of the children or the fact that six brave teachers and faculty members sacrificed their lives trying to keep their students safe. All I could think was:

That could have been my school. My students. Me.

Over the next few days and weeks, more news began trickling in about the victims and the shooter. I became obsessed with reading as much as I could about the shooting. I wanted to know everything about each of the victims. What did they like to do? What was their favorite color? What was the last thing they said to their parents that morning? Morbid, I know, but I couldn’t stop thinking about these 20 boys and girls and 6 adults that went to school and work one morning and never came home. Or their parents who unknowingly said goodbye for the last time at school drop off on December 14th, 2012.

Something about the Sandy Hook shooting changed me. In a way, it lit a spark.

Of course, it made me angry and sad and all of those intense, complicated feelings that come with being a teacher and a compassionate human being. But there was something else that I couldn’t quite put my finger on. A nagging feeling that wouldn’t go away. And then it hit me clear as a bell: I finally wanted a baby.

In December of 2012 I had been married for five years, was childless, living downtown, and going to happy hour at least twice a week. Basically a baby wasn’t even on my radar.

I wish I could say that a happier, more joyous and celebratory event got my biological clock ticking, but that wouldn’t be the truth. I understand if you think it’s strange that a tragic school shooting made me realize that I wanted a baby, because even I think it’s a bit strange and macabre. It took me a while to even understand the connection between the two events, but every time I saw or read anything about the victim’s parents, tears immediately sprung to my eyes and my heart felt so heavy. Perhaps subconsciously I wanted something good to come from something so senseless and tragic. I knew that I always wanted children, but the time never seemed right. We had just gotten married, just moved, just started a new job. Sandy Hook made me realize that life is short and tomorrow is not guaranteed. There would never be a “good time” to have a baby. Ten months later, I was holding Rory in my arms for the first time.

I still think about the children and teachers who died that day at Sandy Hook. Not as often as I used to, but I know their names. I know that 6-year-old Jack Pinto loved the New York Giants. Seven-year-old Josephine Grace Gay loved the color purple. And every year on December 14th, I force myself to look at each victim and say their names because I refuse to forget the innocent children and adults who were killed in what should have been a safe place and on what should have been an ordinary day.

I say their names out loud and I remember them and how they touched my heart — Inspiring me to want to love like they were loved.