With three boys spanning 14 years, it’s not hard to believe our youngest thinks he’s older than his actual years. And truth be told, in many ways, that’s true. Not older, like his big brother who is an old soul, but a strong-willed, independent guy. A guy who wants to ride his bike and be with his friends 24/7. Most of the time, I love it. But then that independence manifested itself as unsupervised roaming of the neighborhood and blown curfews…

While I’m all for some free range parenting, I also like a little peace of mind. 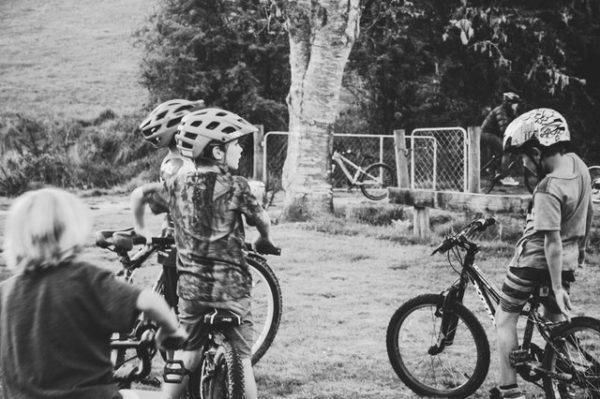 In an ideal world, he would remember to let me know where he was going and where he landed, but let’s be real – it wasn’t happening. After a few of those evenings, I’d had it, but I wasn’t sure what the right answer was. Make him call me? Yep, sounds good, but that wasn’t happening. Someone suggested I get him a phone. No way – he’s only nine.

Then I stumbled into the world of wearable trackers. In general, these little devices are watches tied to a cell phone plan with limited calling/texting capability and lots of settings controlled by a parent. Our tracker of choice was the Gizmo Gadget – with no internet access. This was the perfect solution for our family. I’m talking, complete life changer!

Far and away the best benefit for me has been the peace of mind this little device has provided. As a working mom, my child is one of those “latchkey” kids. Most days Dad is at home to make sure he gets out the door on time, but on those days my hubby is out of town, his tracker lets me know where he is at 8:15am and again at 8:45am – I know, without a doubt, that he’s made it to school and, most of the time, on time. #momwin!

Same goes for after school; most of the time his big brother or Dad are home, but that doesn’t give me any assurance that he actually made it there. With his tracker, I get an update on his location every day at 4:00pm. I know for sure that he’s made it home and I can get back to the last hour of my work day without worrying about him. 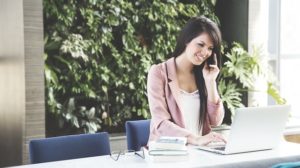 That peace of mind extends past the school week. This child of mine loves to hop on his bike and ring doorbells to see who can play. He might tell me that he’s going to see if a specific friend can play, but if they aren’t home, he’s off to the next one. Before the tracker, there were plenty of times when I wasn’t quite sure where he was. Not anymore. Gone are those moments of panic and those “have you seen my child” texts, which always make the recipient worry more than me. With a couple of quick steps on my cell phone, I can figure out where he was, or better yet, I can just call him!

The peace of mind I was hoping for was definitely delivered, but there’s been another benefit I didn’t anticipate: more freedom for him!

More time outside and more exercise is making him a healthier kiddo in general, but he’s also developed a stronger sense of confidence and pride, which has blossomed into a stronger sense of responsibility for himself.  He wakes up every morning, gets ready, and puts on his watch. No prompting, no reminding, no nagging required. Mr. Confident has turned into a ringleader of sorts – an example for his friends in the neighborhood, dragging his buddies out to play and all of their moms feeling a bit better when their kids are with him. 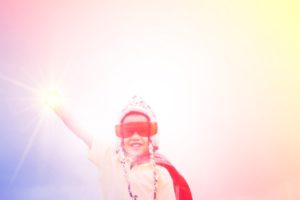 As much as I’ve loved our journey with his wearable tracker, I’ve taken a bit of flack about it. I’ve been told I’m being overprotective and controlling. Frankly, I can’t disagree more. I choose to look at is as empowering my child to explore the world. I long for the days when kids roamed the neighborhoods without a care in the world, but the reality is, those days are slowly dying – the world is a bit scarier than it once was.

But I refuse to live in a state of fear, and this little device is our happy little compromise. It allows my (almost) tween the freedom he craves, the freedom I want him to have, and gives me the comfort I need. Is it the answer for everyone? Doubtful. But it works for our family and that’s what matters most.