A recent study in the Medical Journal of Australia looked at data compiled from 20 studies involving more than 1,200 women. Researchers concluded that memory and other cognitive functions are poorer in pregnant women, compared to the results of other women in the study. The research showed that executive functioning (the mental processes that enable us to plan, focus our attention, remember things and multitask) can deteriorate when you’re pregnant.

As I explained in a recent Fox 31 Denver news segment, changes in cognitive functioning during pregnancy are indeed real, not a myth. Executive functioning — basically your ability to use your brain power to execute daily tasks — deteriorates when you’re pregnant. The majority of women claim they’ve experienced “baby brain” or “mom-nesia” during pregnancy. Surveys show that four out of every five women report some sort of mental fogginess or forgetfulness while pregnant. However, the effects of “pregnancy brain” can be minimal. In the new study, the women who suffered a decline in executive functioning were still in the normal range.

Not all research that looks at the phenomena of “pregnancy brain” is bad. The Evening Standard reports that changes in the brain while a woman is pregnant can have a positive effect.

“It has been known for a long time that the brain of the pregnant woman changes during pregnancy,” said Vivette Glover, researcher for the Genesis Research Trust. “It is not all negative. It is all a preparation for motherhood and bonding and responding to the baby. There are large changes in hormone levels and the placenta puts out a substance called PEG3, which affects the maternal brain and in animal models has been shown to increase maternal behaviour.”

For women who are expecting, forgetting milk at the grocery store might be due to “pregnancy brain.” Or, maybe you’re just tired after a long day at work. Either way, know that these feelings of fogginess aren’t just all in your head, and that you’re not the only pregnant woman who experiences “mom-nesia” from time to time. To compensate, I recommend you make lists of tasks you’d like to accomplish and try to limit distractions when working. 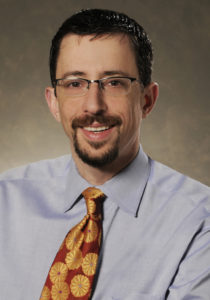 Dr. Andrew Ross is an OB/GYN with Mountain Vista OB/GYN and Midwifery at Swedish Medical Center in Englewood. Dr. Ross has been at the forefront of minimally invasive gynecologic surgery since the beginning of his career. He was the first gynecologist in the state of Colorado to perform a single incision laparoscopic hysterectomy. Dr. Ross is a board-certified surgeon who specializes in obstetrics and gynecology. Visit https://mountainvistaobgynmidwifery.com/ to learn more.

We are SO thankful to Dr. Ross for providing us this incredible information on the "pregnancy brain" we're all too familiar with!