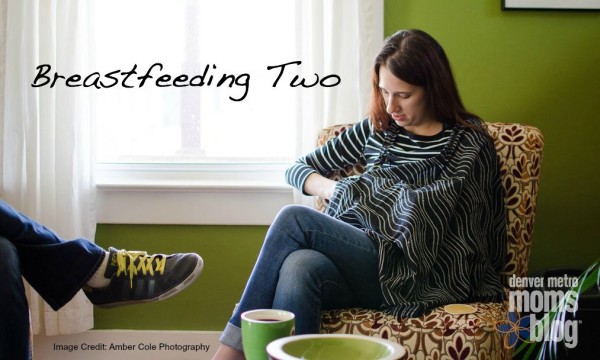 “Even if women are able to breastfeed twins, they may not be able to do it for very long.”

“Most moms just can’t physically do it.”

“Breastfeeding twins can be difficult and many are not able to do it for more that a few months.”

These are some of the words I heard repeatedly in my “Breastfeeding for Multiples” class– the class I attended to teach, empower, and prepare me for breastfeeding twins. I wanted to breastfeed my boys, but before I even started… before I even had a chance, I felt I was being discouraged. So discouraged, that I wondered if I should even set myself up for the impending disappointment. “Should I even buy the nursing bra?” “Maybe I shouldn’t put this double feeding pillow on the registry. I’ll just be wasting someone’s money.” When I was so set on breastfeeding, to be told that I probably won’t be able to do it or at best, I probably won’t be able to feed them for very long was beyond disheartening.

I think the teacher’s point in sprinkling these little comments in among the information she was providing was to help manage expectations. To make sure that we didn’t get our hopes up and possibly become even more upset, depressed, hard-on-ourselves if it didn’t work out. Because we are, aren’t we? We are so hard on ourselves. We, as mothers, take on so much pressure that when we don’t meet our own expectations (or the perceived expectations of others) we can really beat ourselves up! So, I get that. Sure. I understand that encouraging realistic goals would be beneficial for expectant mothers of multiples. It didn’t change the fact that it was pretty hard to hear right out of the gate.

Beginning the journey of breastfeeding (and it is a journey) with this doubt in the back of my mind makes me feel all the more lucky that I was able to breastfeed my boys for a year and half. I can’t tell you exactly why I was able to nurse and some of my other mom friends (both of  singles and multiples) weren’t as successful, but I can tell you what I did that helped me along the way: 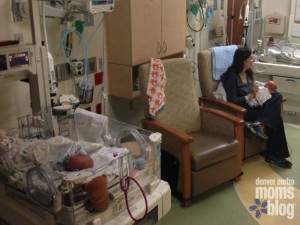 My boys were 6 ½ weeks early and my body needed a little time to get milk production started. I sent so many “thank yous” out into the cosmos for the women that helped my boys get what they needed when they were brand-new and so small. The donor milk programs available at most hospitals now are so amazing.

I rented a “hospital grade” pump.

This was about a $60 monthly fee.  Not the cheapest, but it was totally worth it to go with the high-quality, hospital grade pump. The pump that my insurance had given me was weak and I’m 100% sure that my milk production would have stopped within a month or two if I had relied on it solely. The hospital grade pump gave me the stimulation that I needed (especially initially when the boys were a bit too small) to wake my body up and get it producing.

I pumped every three hours. EVERY. THREE. HOURS… Even thinking back on it makes me tired. It wasn’t just a “quick session and I’m done” situation either. It took 20 to 30 minutes before I felt like I had finally pulled out all of the milk that was in there.  We would get up (husband too – that’s what happens when you have twins), defrost and heat up some breastmilk, feed the babies and then I would start to pump. My husband would sometimes stay up with me, stating that he felt bad that I was having to do this alone (he’s so sweet), but he wouldn’t usually last long; the rhythmic staccato of the pump lulling him to sleep. It would usually take and hour to feed, pump, clean/put away, two hours to sleep and then do it all over again. It worked though. I was able to feed them solely for a few months…

I fed them formula, and I was okay with it.

The boys began to outpace me at a certain point. Maybe around 4 months, I can’t remember exactly. I hadn’t wanted to supplement with formula, but when your baby is hungry, you do what you have to do to feed them. At first I was disappointed in myself, but after a short time I realized that it didn’t matter! They were doing great. They had my breastmilk, they had formula, they were full and happy and healthy and growing. I stopped beating myself up and realized that I was doing pretty darn well!

I had been warned about the maple syrup smell of this milk-supply-increasing herb in advance, so it didn’t end up bothering me too much and it worked wonders. While I was trying to find the right feeding (both breast milk and solids) and pumping schedules and get in a good nap/eat/play groove with the boys, my production began to slow and I was getting worried, but after I introduced the herb, I was producing back at 100% within a couple of weeks or so. (Check out some other great tips and tricks for increasing milk supply here!)

Despite all of the comments from class, the articles I read online, and the stories from other moms I met, I still gave it a go. Even if breastfeeding only worked for a little while, I knew the benefits of trying would outweigh the rest. I feel very fortunate that it worked for me, but it was hard and I felt like there were many times when my body was beginning to shut down production. Without my pump and the fenugreek, my body would have likely stopped around the four-month mark.

Hey other moms of multiples, where you able to breastfeed? What did you do to help keep breast milk production up?