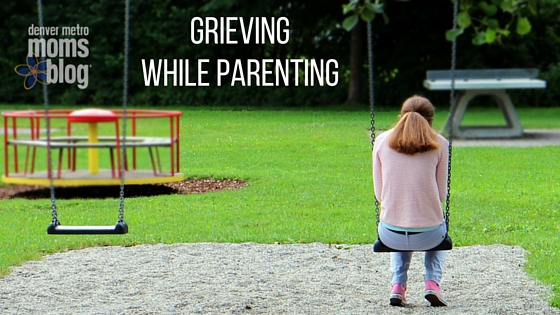 My father died this past December.

The grief is still quite raw and shows up at unexpected moments.  This morning I opened the newspaper and cried when I came across the comic strips section.  When I was a child, my dad would methodically pull the “funnies” out of the paper each morning and fold the page the same way before setting it by my spot at the breakfast table.

It was such a quiet and gentle way of showing me love on a daily basis.

My dad had been sick for a long time, so I’ve been grieving for a while.  He was diagnosed with Parkinson’s disease in September of 2004 and experienced numerous falls, broken hips, infections, and various other hardships in between.  In 2011, he suffered a traumatic brain injury from a serious fall and was never the same.  He ultimately died from untreatable skin cancer and most likely pneumonia.  It was an ugly, tragic, and completely unnecessary ending to a strong, athletic, smart, successful, and humble man’s life.  He was an incredible person whose life ended entirely too soon.

I learned I was pregnant with our daughter about three months after my dad’s brain injury.  I shared the news with him, but never knew if he fully understood.  Given the state of crisis my parents were in, we flew every month during my pregnancy from Denver to Atlanta until my OBGYN said it was no longer recommended to fly.  When our daughter (Annie Joe) was seven weeks old, we took her on her first flight to meet her “Daddy Joe” and “Mema.”

During Annie’s first three years of life, she spent a lot of time in the nursing home where my dad was cared for.  She was breastfed all over that facility, had her diaper changed numerous times on my dad’s bed, and took dozens of naps in our arms while we were there.  Once she could walk, she loved exploring the building by running through the halls and riding the elevators up and down.  The staff and residents all grew to love her and fed off of her energy when we showed up.  Annie always brought her beloved stuffed dog “Spot,” and she would hand him over to my dad right when we arrived in his room.  She rarely lets anyone hold her ratty little dog, so this was a very special and selfless gesture on her part.

My daughter only had the opportunity to know my dad for a few short years, but I am confident that they both impacted each other’s lives in remarkable ways.

In late October, our family made a trip to see my dad with the knowledge that it might be the last time that we would see him alive.  I had managed to somewhat keep my emotions in check (at least in the presence of others) for many years, but began to weep uncontrollably as I said goodbye on the last day of our visit.  I was actually pregnant again, and in the midst of my tears I shared this news with my dad.  Annie was in the room and was confused and kept asking why I was crying.  She became impatient, began acting out, and had to be taken out of the room by my husband.  I remember thinking in that moment, Seriously?  A tantrum NOW?  I’m trying to say my final good-byes to my father – and you can’t you hold it together?  And no – she couldn’t.  She’s three-years-old, and three-year-olds can’t easily “hold it together” on command – no matter the circumstances.

I suffered a miscarriage three weeks before my dad passed away – my second one in the past two years.  There are just no words for the culmination of sadness and loss that we were experiencing, and yet there were diapers to change and there was work to be done at my job and within our household.  I was able to take substantial time off of work after my father’s death, but the reality is that there is no true bereavement leave from the job of being a mother.

I recently read author Brené Brown’s book, Rising Strong, which eloquently touched on the topic of grief.  She explains that, “Grief requires us to reorient ourselves to every part of our physical, emotional, and social worlds.  The more difficult it is for us to articulate our experiences of loss, longing, and feeling lost to the people around us, the more disconnected and alone we feel.”

I’m grateful that my daughter is having the opportunity to see both my husband and me expressing sadness and other emotions, while also seeing us attempt to take steps to heal, comfort one another, and allow others to care for us.

Grief is a big deal. It’s a family affair and shouldn’t be done alone.