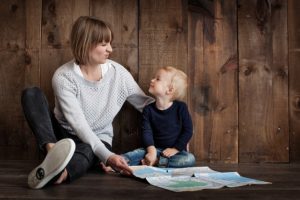 About a year ago, two friends of mine were pregnant at the same time. Both found out the sexes of their babies within a week of one another, and so we hosted an impromptu reveal party. Together, they shouted out the sex of their babies. “BOY!” they both yelled, one excitedly and the other with reservation. We all looked at her quizzically and asked why she was concerned. She proceeded to tell us that she and her husband had concerns about raising a boy. Having a son comes with unique challenges, and she didn’t feel prepared for them. She worried about battling societal pressures on boys and young men, and that her son would likely face challenges that girls do not.

The boys are not alright?

This is an incredibly hot topic right now, and my friend is not alone in worrying about boys in America. In a recent New York Times Op-Ed, comedian/actor Michael Ian Black argued that America’s boys are broken  In the past fifty years, feminism has worked to advance the position of girls in American society. We are told we can be whatever we want to be, and that there are no limits to our dreams. There are many different definitions for what it is to be a woman. In contrast, an outdated model of masculinity traps boys, who are encouraged to display physical strength and reserve their emotions. Black goes on to theorize that, as a result, boys feel trapped and end up acting out in rage and violence. He argues that this “toxic masculinity” ultimately results in mass-shootings, such as the February 14 shooting in Parkland, FL.

Actually, the boys ARE alright

In the spirit of full disclosure, I am the mother of a two-year-old girl. Given that I do not have a son, you may dismiss what I have to say; however, I do think that being a mother gives me a valid perspective on the topic. Looking around at my fellow generation of mothers, I disagree with Michael Ian Black’s grim outlook. This is an incredibly diverse country, and while some communities hold strict views of masculinity and femininity, there are more and more people who are open in their views. My husband and I are raising our daughter to be self-sufficient, to have high self-esteem, and feel comfortable sharing her emotions openly. I know that we would be doing the exact same if she were a boy. 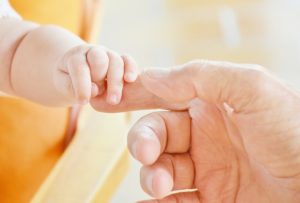 Recently, I came across an incredibly heartening discussion on a Moms’ Facebook group. One mama shared how her four-year-old son wanted to paint his nails, and she wondered how other mothers would respond. Nearly unanimously, her fellow moms encouraged her to let her son paint his nails – whatever color he chose. Who cares what others thought? If he wanted to express himself through colorful nails, she should let him! As a result of this thread, and other acts of parenting I’ve seen, I know that the boys are alright. Behind all those boys are incredibly strong, creative, and capable moms. There is no limit to what our sons and daughters can become, and we will not let traditional views of masculinity and femininity limit them. We are on the forefront of changing the culture, allowing our children to be their true selves.

Dads May Still Have a Little Work to Do 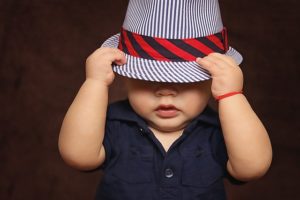 The only disheartening thing I’ve read in that entire Facebook thread was that the little boy’s father didn’t approve. I get it. A lot of the dads of today were raised in an era where the definitions of masculinity and femininity were much more narrowly defined. As a result, it can be hard for them to think outside the box; however, we as moms need to help them get there. Just as we create safe spaces for our kids to develop into their own people, we need to create safe spaces to allow dads to explore potentially uncomfortable new ways of thinking.

My dear friend who was concerned about having a boy now has a vibrant toddler on her hands. She now knows that he can be whatever he wants to be, and is teaching him that he should feel safe to express himself openly and honestly, in a way that makes him comfortable. As a mom, she feels strong and capable, because she’s leading the charge in redefining what it is to be a boy in America.