It’s taken me 33 years to realize I am terrible at setting boundaries. Setting limits has always made me feel weak, as if I am proclaiming to the world that I cannot do it all. I don’t set limits, I break limits! Saying “yes” meant strength to me. Of course I can do these 39 things over here while juggling these 14 things over there while bringing you dinner! It’s no problem! Saying yes also made me feel good. I associated it with helping people, which I enjoy doing, of participating, of engaging and of being a part of it all. Who needed boundaries? I could do it all-eventually . . . at least before anyone noticed I was slipping here or there. 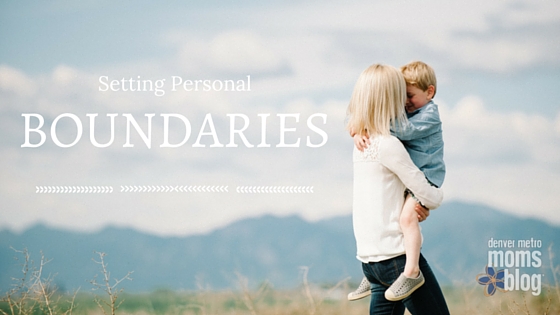 It wasn’t until my 4th year of parenting that it became crystal clear just how weak, chaotic, and bad it felt to not have boundaries in my life. Suddenly I found myself in a perfect storm, complete with way too many obligations and way too few boundaries in place to allow any of those obligations to be met successfully. My inability to set boundaries resulted in routine failures as a mom, a wife, a friend, a business owner, and a daughter. Don’t get me wrong, I expected to fail-often. But these failures were not the result of taking a chance after careful thought, planning, and choosing. These were failures because I didn’t stop the train. I could feel myself veering off the tracks, but instead of slowing down, pumping the breaks, and regrouping, I picked up the speed. Just go faster! Just push through. Don’t think twice. It’s all going to work out in the end!

Ultimately the systems I put in place, that up until now had allowed me to function in these roles, were no longer viable. I was creating unnecessary chaos for everyone around me because I couldn’t say no. I said yes to play dates, yes to meal trains, yes to volunteering at my son’s school, yes to booking multiple clients in one over-packed weekend, yes to favors, yes to girls’ nights, yes to hosting showers and parties, yes, yes, YES!!

Here’s the thing about personal boundaries. They are your invisible lines drawn in the sand. Yes, I will do this. No, that does not work for me. But boundaries are no good unless they are known by you and the people around you. I had plenty of boundaries floating around in my head about how I wanted to parent, about the type of friend I wanted to be, about how to run my photography business successfully, and how to be a great wife, but rarely did I make those boundaries known-which sadly meant they did not really exist at all. So the busier life got, the greater the need for boundary setting became and the more catastrophic the result when I didn’t put them in place. Ultimately the people who benefited the least from all the yes-ing I was doing were the people I cared about most. I ran out of time to say yes to my husband and my kids. I was too busy yes-ing all over town!

I hate new year resolutions. The idea that suddenly you can change because the year has changed never rang true for me. Here’s a picture of the resolutions my husband and I made last year. They were taped to our fridge all year and I’ll let you guess how long we kept them… 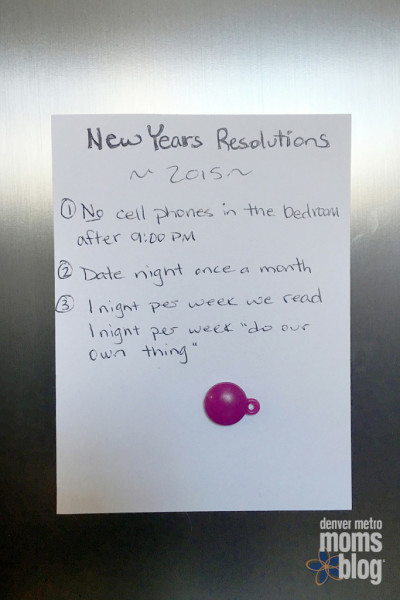 What does ring true is that once you know better, you do better. I’ve had time to reflect the past couple of weeks about how my life started feeling like a runaway train. The first conclusion I’ve drawn is that I do not like the feeling. I don’t expect to gain control of every aspect of my life, but I do know I need a better grip on the controls. I need to remind myself that I am the one driving the train, because the past couple of months its felt like some crazy amusement park ride (sometimes fun crazy, sometimes CRAZY crazy). The reality is, I can stop the train. I can choose to say no for myself and for my kids. I can say no to clients and I can say no to friends. “I can say no, because I cannot always say yes. Saying no doesn’t make me weak or incapable, on the contrary, setting boundaries is the only way I’ll ever grow.

Do you set boundaries in your life? Has your boundary setting changed as you’ve become a parent? We’d love to hear from you!