I’m your wife, your neighbor, the mother dropping her child off at your school and the girl you went to high school with you never gave a second thought about. I’m your cousin, your best friend, your sister, your child’s Godmother and your granddaughter. My story is every woman’s story and that’s why I’m sharing it with you.

I became a victim of sexual assault last year, and no one but my husband, a best friend and sister knew the details until very recently.

I was inspired by recent events in the media and the endless saga that is my Facebook feed to write this blog. I’ll admit it took a bottle of wine to even coax me into sharing. What happened to me was something I felt was a private matter and I never wanted people to see me any differently. However, I want people to realize that joking about sexually defiling women isn’t OK. I followed Brock Turner’s case and his victim’s statement had me bawling my eyes out. The way his victim was shamed by the media and he was acknowledged as a promising student and athlete was abhorrent. With everything happening in the world I realized it was time to share my story. I hope by sharing it will encourage other women to do the same and people see this can happen to anyone.

You are not alone. But I wish I was. 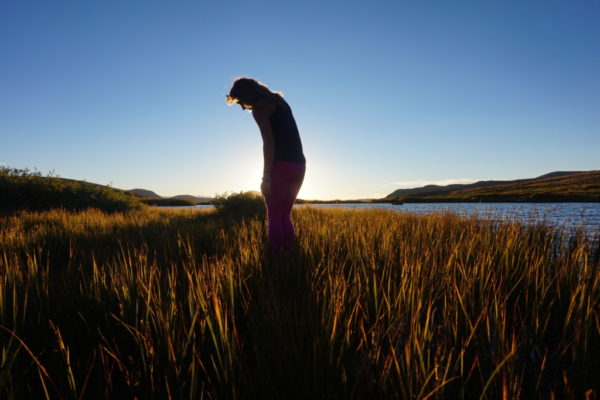 I really do. I wish I was alone. I wish I was the only woman who had ever been sexually assaulted. My incident happened on a girls’ trip to the mountains last year. My friend and I were at a beer and chili festival and it was last call for tasters the brewers were pouring at the event.

It’s important you know I was drinking because it’s what the defense in my case tried to use against me.

I went to grab my last taster of beer while my friend went to try another. When I came back to find her, she was surrounded by three men. She’s a very beautiful girl so it’s not hard to see why she attracted attention being alone for five minutes. These men were talking to her, then engaged me in conversation when I approached. The festival was closing so as my friend and I started to walk out the gentlemen followed us. On our walk  a few of their other friends joined us so now we were outnumbered greatly and had a group of guys following us to our hotel which happened to be down the street.

We didn’t. Instead we let them follow us to our hotel because, as we later found out, one of the men told my friend I invited them and this same man told me the same about her – so we both thought the other was comfortable with the situation. My friend had paid for the hotel room so I didn’t think to argue.

My friend and I made the second mistake of telling them we were going in the hot tub before dinner. We thought it would dissuade them because they didn’t have swimsuits. It didn’t. One of the guys sat in the corner and never got in the hot tub. He didn’t talk to my friend or I after the festival and he didn’t make eye contact. He told us briefly he had a girlfriend and asked to take our room key to use our bathroom.

He seemed decent enough. They always do, I guess.

After an hour or so the guys finally got the hint and started to pack up to leave. Both my friend and I walked back to our room and got dressed to go out after biding the guys farewell. She left the door open to our room so she could briefly run back outside and clean up the beer cans the men left by the hot tub.

While I was in the room alone, with the door open, the quiet guy that sat in the corner came in feigning that he might have left something in our place when he used the restroom. He walked over to where I was standing, grabbed me and kissed me. I was stunned. He then proceeded to unbuckle his pants, take his penis out and told me to “suck it.” I refused to look down; I was a statue frozen in space. So he started pushing down on my head as if I didn’t understand. That was when I finally reacted and pushed him off me.

I’d like to say I kicked him in the testicles. That I employed Krav Maga techniques and broke his hand in one quick move. Instead I stared at the open hotel door willing my friend to come and save me. Willing someone to walk by and witness this scene. I screamed at him to get out and he ran away into the night. Instinctively I ran outside looking for my friend, thinking he might attack her and found her coming back from the hot tub. I asked if she had seen the quiet guy and told her what happened.

She burst into tears. “You were sexually assaulted,“ she said. She knew better than me what happened because she had been a victim of sexual assault on her honeymoon. What happened to me dissolved her.

Here’s the deal with sexual assault. It doesn’t feel real. I remember being in denial for so long and the thought I must have brought it on myself because married women aren’t victims of sexual assault.

I have a child, I have a husband, I survived my teen years and college without incident. I didn’t go to fraternity parties and have too much to drink, I didn’t pass out around strangers, I didn’t accept drinks from people I didn’t know and I didn’t take rides with strange men.

Everything I had been taught on how to “avoid” being assaulted had worked until that moment. I couldn’t reconcile being a victim. I was stronger than that. How would I explain this to my spouse?

Here’s what happens the days following a reported sexual assault. You have the pleasure of telling your story, over and over and over again. This means you get to relive the incident over and over and over again. I told my sister and my husband. I told the cop who came to our hotel room that night. I wrote it down to file charges and I told the DA and investigator when they called me a few days later. I wrote it down again in my victim’s impact statement and I told the spouse of my friend who I spent the weekend with. My friend found the quiet guy and his cousins on Facebook and we blocked them. For six months I prayed and hoped they wouldn’t find me, since I was pressing charges. I feared for my safety. My marriage suffered because naturally my husband wondered why I was talking to strange men and if I had done anything to bring this on myself.

After all, nice girls don’t get sexually assaulted. One must be “asking for it” for assault to happen.

Six months into my nightmare I came to a fork in the road. I had to decide if I were going to press charges or drop them. Pressing sexual assault charges meant I’d have to stand trial and again re-tell my story. The DA cautioned me that his defense was working hard to prove I was a liar. That I had the wrong guy. The defense was working to say that I was drinking so I must have been confused. I will never in my life forget the name and face of quiet guy but the defense was working to strip what I knew to be true away from me.

My husband and I decided, for the benefit of our family, to drop the charges. To me, it was enough knowing that he knew he was facing prison time, and having to register as a sex offender, plus the money he spent on a lawyer. Nothing goes on his record, but if he ever violates another woman again, and statistics say he will, then at least my story remains for reference locked in a file in a county court in the mountains. 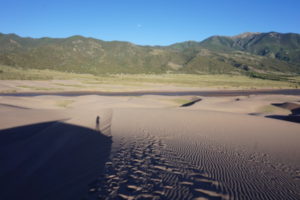 So to me, that’s why “locker room” banter or discussing women in a sexist way is not OK. It will never be OK. My husband and I were recently discussing my story in light of everything happening in the world and he made a comment that it all starts with men holding other men accountable.

“Men shouldn’t let other men talk about women as if they were objects,” he said, “If we don’t stop telling each other it’s not OK, if we laugh or join in instead then where does it end?”

Let’s be very clear, rape talk is never acceptable. Allowing someone to carry on about what they’d do to a women against her consent isn’t acceptable. Cat-calling a woman or following her or continuing on when someone tells you “No” is unacceptable. Turning a blind eye to someone talking about or acting on a threat against a women is unacceptable. Boys talk is “just talk” until it’s not. I wonder what the quiet guy said to his friends before he assaulted me. I wonder what he said after. I wonder how his friends excused his behavior; ready to testify against me.

I’m your wife, your daughter, your best friend and a mother. It happened to me and I didn’t ask for it. It’s not OK. A lifetime of apologies will never undo what’s been done.

I recently shared part of my story on social media  and since doing so I have had other women private message me their personal stories of sexual assault. Many tell me I’m brave for sharing my story, even though I don’t particularly feel brave. I would have felt braver had I punched this guy in the face. However, I realize now by holding this story in, I was letting the man who sexually assaulted me still have power over me and that’s not what I want. I want other women, who don’t have a safe space to share their story, realize they are not alone.

You are never alone.

My story is your story. I hope mine, in a small way, sets you free. 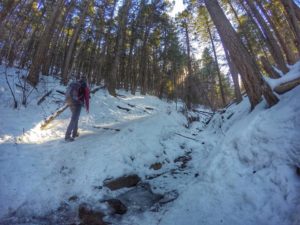 Teal Pumpkins: Teal is the New Orange for an Allergy Safe Halloween

A Letter to Allergy Moms (from a non-allergy mom)